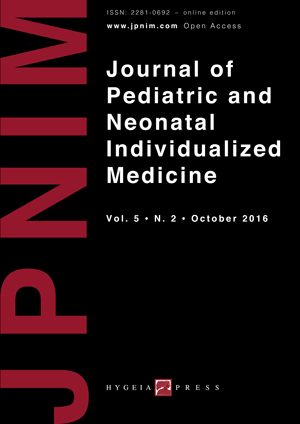 Introduction: Cardiac arrhythmias are often diagnosed in fetuses and newborns. In the neonatal period, the incidence varies between 1% and 5%. There are three main types of rhythm disturbance: irregular heart rhythm, tachycardia and bradycardia. The prognosis changes with the nature of the arrhythmias and with timely diagnosis and management, but the majority have benign course, either spontaneously or after brief treatment, with life-threatening arrhythmias occurring rarely.

Aim: To evaluate the morbidity and mortality of neonates with cardiac arrhythmia, at discharge from the Neonatal Intensive Care Unit (NICU).

Methods: The study population included all newborns who were admitted with the diagnosis of cardiac arrhythmia between January 1, 2005 and December 31, 2014 at the NICU of “Centro Hospitalar de São João” (CHSJ), a level III unit. Data were collected retrospectively by reviewing patient’s clinical records.

Results: Of a total of 66 patients with cardiac arrhythmia, at discharge from the NICU, 3% died and 9% showed sequelae. Adverse outcome was associated with preterm delivery, 1st and 5th minutes Apgar score < 7, resuscitation at birth, earlier prenatal diagnosis, gestation complications, postnatal therapy with electrical cardioversion, other reasons for hospitalization besides arrhythmia, inotropic support, longer hospital stay, oxygen therapy and mechanical ventilation and duration of both, transfusion support, parenteral nutrition and central vascular access. No arrhythmia type was associated to differences in outcome.

Conclusion: Our study reports an overall good prognosis of neonates with cardiac arrhythmia at discharge from NICU. Nevertheless, we identified some factors related to the perinatal period and to NICU stay that were associated with adverse outcome.

You may also start an advanced similarity search for this article.