MEDNIK syndrome: a new entry in the spectrum of inborn errors of copper metabolism 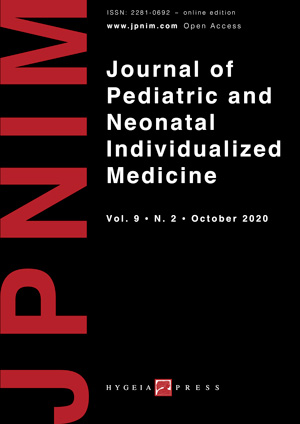 Copper homeostasis, including intestinal absorption, blood transport, uptake, trafficking and excretion, is regulated by multiple genes encoding for specific copper transporters, which coordinate copper bioavailability. Mutations in genes coding for copper pumps or copper chaperons are responsible for copper overload or deficiency, with relevant consequences on cell structure and human health. The spectrum of genetic disorders of copper metabolism includes multiple entities, characterized by different clinical presentation, with liver and brain as target organs.
In recent years, a new autosomal recessive muco-cutaneous syndrome characterized by Mental retardation, Enteropathy, Deafness, peripheral Neuropathy, Icthiosis and Keratodermia (MEDNIK) has been described in several French-Canadian families.
Regarding the molecular pathways involved in MEDNIK syndrome, AP1S1 has been identified as the pivotal gene involved in the correct functioning of AP-1 complex, which is responsible for the crosstalk between the trans-Golgi network and the other endosomes.
MEDNIK syndrome opens a new field of human pathology, that has been called “adaptinopathies” including all congenital diseases associated with mutations in genes coding for adaptor complexes subunits. Moreover, the report of MEDNIK syndrome induces to focus on the developing spectrum of inborn errors of copper metabolism, where at least eight diseases may be included.
https://doi.org/10.7363/090202
PDF